About Santa Teresa Parish - staff information and our Parish information 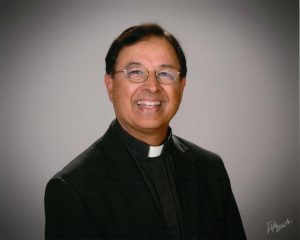 Fr. George Aranha has been Pastor of Santa Teresa parish since July of 2014. He was born and raised in Bombay, India and came from a family of 8 siblings.  He joined the seminary in Bombay but ended up completing Philosophy and Theology in Rome, Italy. He became a Deacon in Germany and was ordained a priest in Bombay. Since 1983 Fr. George has served the Diocese of San Jose getting his Masters in Religious Studies from Santa Clara University and Doctorate in Counseling Psychology from the University of San Francisco.  He has a love for languages, travel, movies, music, preaching and celebrating Sacraments. Father George loves being a priest. 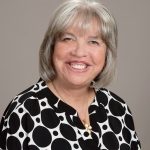 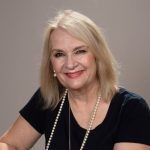 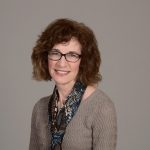 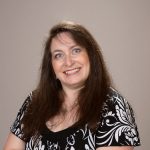 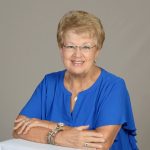 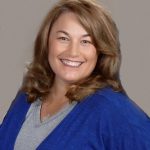 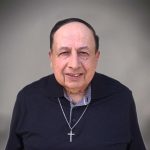 HISTORY OF THE DIOCESE OF SAN JOSE

Upper California was part of the Diocese of Sonora, Mexico, during the early days and, after 1840, it was under Bishop Francisco Garcia Diego, the first bishop of Alta and Baja (Upper and Lower) California. Spanish Dominican Joseph Sadoc Alemany, OP, was bishop of Monterey when it was established in 1850, then became Archbishop of San Francisco when it was created in 1853. At that time dioceses were not divided along county lines; Gilroy and Morgan Hill remained part of the Diocese of Monterey-Los Angeles.

Most Rev. Pierre DuMaine was named as the first bishop of the Diocese of San Jose and Saint Patrick Church in San Jose was named the Cathedral. On the evening of March 18, 1981, during the solemn celebration of the First Vespers of the Feast of Saint Joseph, Archbishop Pio Laghi, Apostolic Delegate to the Church in the United States, and Archbishop Quinn, the Metropolitan, formally installed the first bishop of the new church and canonically erected the Diocese. In 1987 historic Saint Joseph Church was designated the Cathedral to replace the proto-cathedral, Saint Patrick Church. After extensive renovation Saint Joseph Church was dedicated as a Cathedral in 1990. In 1995 Pope John Paul II designated the cathedral to be a Minor Basilica and it became Cathedral Basilica of St. Joseph.

In 1997, Vicar for Clergy Rev. Richard Garcia was named by Pope John Paul II to become Auxiliary Bishop of the Diocese of Sacramento, the first priest in the Diocese of San Jose to be so chosen.

On June 30, 1998, Most Rev. Patrick J. McGrath, Auxiliary Bishop of the Archdiocese of San Francisco, was named by Pope John Paul II to become the Coadjutor to the Bishop of San Jose. Bishop McGrath was formally received into the Diocese at a Mass of Welcome, September 17, 1998. Upon the retirement of Bishop Pierre DuMaine on November 27, 1999, Bishop McGrath became the second Bishop of San Jose.

2006 marked the Twenty-Fifth Anniversary of the Diocese of San Jose. On March 18, Bishop McGrath was the principal celebrant and Bishop DuMaine was the homilist at the Jubilee Mass that was celebrated at Saint Joseph Cathedral Basilica. Representatives of every parish were present, along with many of those who were „founders‟ of the Diocese, a large majority of our diocesan clergy, and fifteen visiting bishops. In addition to this liturgy, Bishop McGrath made a Jubilee Visit to each of the Diocese‟s parishes and missions. During the Mass that is part of the visit, a tessera, or tile, engraved with the name of the parish was transferred from the parish Jubilee Cross and become part of the diocesan Jubilee Processional Cross. This Cross memorializes the 52 parishes and missions that were in existence at the time of this Jubilee.

2006 also marked the beginning of a $100 Million endowment and capital campaign, Rooted in Faith ~ Embracing Our Future. The funds raised by this campaign are dedicated to ensure that the Church of tomorrow will be able to be responsive to the pastoral needs of the Catholics of this Valley.

2011 marked the 30th anniversary of our Diocese. It was commemorated with a simple Mass of celebration on March 19, 2011. On May 25, Most Rev. Thomas A. Daly became the first Auxiliary Bishop of the Diocese of San Jose.

The purchase of a church and adjoining buildings in East San Jose was made possible by funds generated from the Capital Campaign and in the custody of the Catholic Foundation of Santa Clara County. This parish, the first established in the Diocese in over a decade, was dedicated as Our Lady of Refuge Parish on February 19, 2012.

On August 30, 2012, a three-alarm fire devastated Saint Patrick Proto-Cathedral, destroying its sacred worship space and rendering it unusable. Planning began in early 2013 to rebuild the church to meet the needs of its growing and ethnically diverse community. On April 28, 2013, Bishop McGrath signed a decree to rename the parish after Our Lady of La Vang to reflect the church’s status as a personal parish for Vietnamese Catholics. The thriving parish continues its historic commitment to full ministry to all of its parishioners, in Vietnamese, Spanish, and English.

From Doreen Williams who has been working with the Good Shepherd Sisters in Malaysia. ...

Addressing and countering human trafficking is an essential part of the Good Shepherd Sisters’ mission. They are active in 19 countries in the Asia-Oceania r...

Share on FacebookShare on TwitterShare on Linked InShare by Email

Human trafficking is the business of stealing freedom for profit. In some cases, traffickers trick, defraud or physically force victims into providing commercial sex. In others, victims are lied to, assaulted, threatened or manipulated into working under inhumane, illegal or otherwise unacceptable c...
View on Facebook
·Share

Share on FacebookShare on TwitterShare on Linked InShare by Email